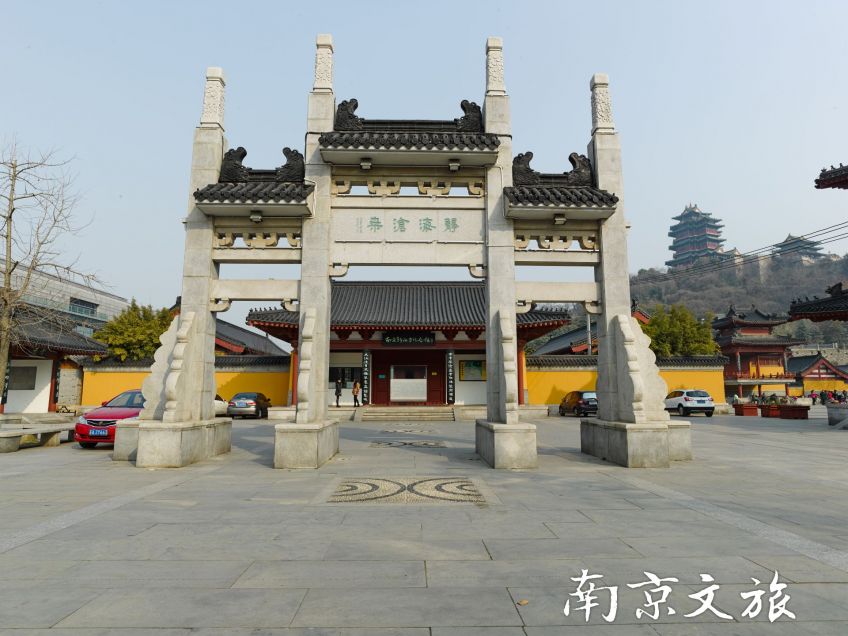 The Jinghai Temple lies at the southwestern foot of the Lion Hill, with the Tianfei Temple on its east and the city moat on the west. The temple occupies a space of about 20,000 square meters, making it one of the largest temples in Nanjing. It was built during the reign of Emperor Yongle in praise of Zheng He for his merits in his navigation to the Western Oceans. The name “Jinghai” literally means “peace and ocean” in Chinese, which indicates the Emperor's blessings for the fleet.  Zheng himself lived in the temple to spend his later years as well. Except for the Arhat portraits of Buddha, tooth relics of the Buddha and jade wares brought back from the voyages, visitors can also see rare and precious plants from overseas that grow in the temple.

Take Bus No. 21 and get off at the Jianning Road Station. Walk another 250 meters, and you will get to the Jinghai Temple.