Swallow Rock is a small scenic area in the northwest part of Nanjing, Jiangsu Province, China. It's one of the three most famous rocks in Nanjing. Swallow Rock is 36 meters high. The rock stands in the Yangtze River, shaped like a flying swallow, so it's called The Swallow Rock.

Swallow Rock is also of minor historical interest for several unrelated events. In the Qing dynasty, when the emperor Qianlong traveled to the south, he passed Swallow Rock and left a poem here and that is now displayed on the rocks. On the top of the rock, there is a pavilion with a stone tablet in it. Swallow Rock is one of the 48 scenic areas in Nanjing.

Wumadu Square is the place where the Eastern Jin emperor (311) became the emperor and ascended to the throne. It was one of the old 40 views of Nanjing. Now it is a wharf, which is also a good place to enjoy the scenery of Yangtze River.

Dharma ancient hole is about the idiom “Yiweidujiang” – the story of “a reed floating across the river”. Dharma broke a reed and threw it into the river, which became a tiny boat and floated across the river.

Nanjing Museum – one of the three biggest museums in China

Served as the Kuomintang's Preparatory Office of National Central Museum, it was established in 1933 by Mr. Cai Yuanpei and reopened to public in 2013 after the second phase expansion. Besides the original Historical and Art halls, four newly-built halls are the added value. The Republic of China Hall visually displays the civilians’ life during the period of Republic of China (1912-1949) with the Nanjing’s local civilization as its theme. As of 2010, it has a collection of 420,000 pieces of relics of many kinds, more than 2,000 pieces of which are national treasures, especially the relics of archaeological excavations, ethnic minorities, foreign countries, royal court, Qing Dynasty literature and surrender rites of Japanese troops in the Second World War as well. Inside the Digital Interactive Hall, whether it is playing with mirrors and red laser beams or the calligraphy and writing areas, it is very enjoyable. An important Chinese art masterpiece – Story of the Grand Capital – is digitally animated and projected onto textured backgrounds. The Intangible Cultural Heritage Hall doesn’t only briefly introduce general information of intangible cultural heritage projects in Jiangsu, but also dynamically exhibits bustling folk-custom activities, traditional handicraft and traditional oral performances. 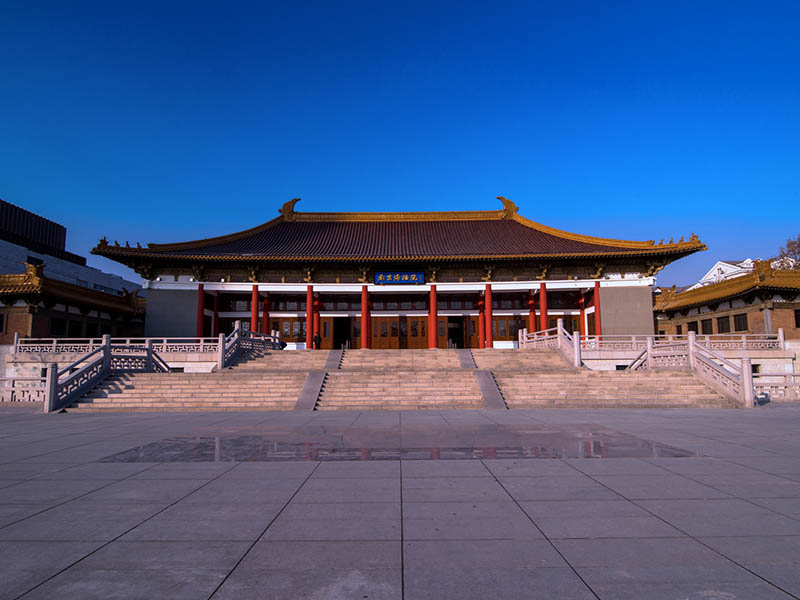 Pearl Spring has verdant hills, clear waters, bizarre springs and beautiful stones, hence making its scenery so charming as well as the environment so favorable. It has been renowned far and wide from the Yangtze River since the Southern and Northern Dynasties more than 1500 years ago. There are large-scale amusement items, such as roller coaster favored by young people and Wildlife Park liked by children. It is the cradle of Zen Buddhism, where the founder of Zen, Bodhidharma, faced the wall and comprehended Zen for nine years and left many vestiges and legends; 24 Modern Square Art Areas with utterly different styles designed by 24 famous architectural artists from China and other countries, which are in harmony with mountains, waters, springs and forest located in the scenic area (Exhibition of International Art of Building in China).