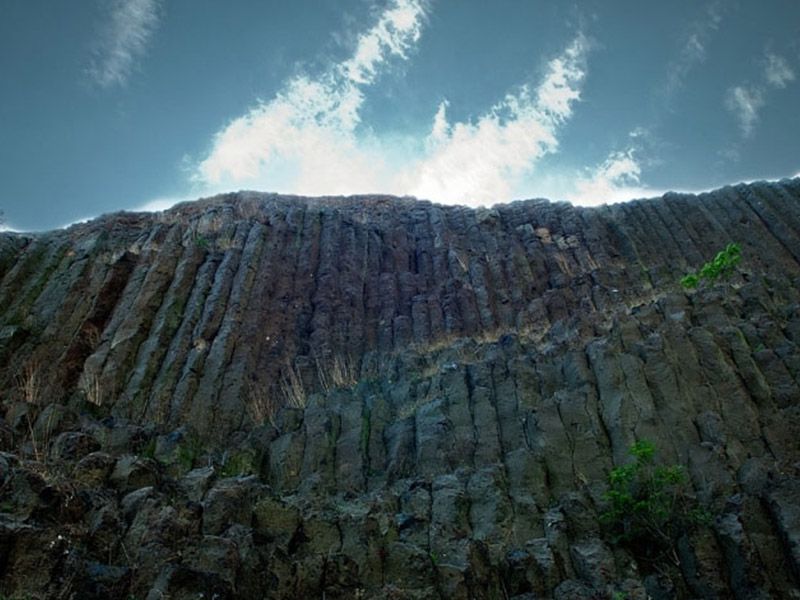 By far the most significant point of interest in Luhe district is the Stone Pillar Forest on Guizi Hill. The forest is a type of geological formation that has only been found at four sites an earth, of which this is the biggest. Massive gray pentagonal and hexagonal stone columns line the inside of the hill’s shell, of which some four-fifths survives; the area inside the hill covers nearly a fifth of a square kilometer, and the hill itself is about fifty meters tall. The columns are fifteen percent iron by volume, but also contain traces of gold, bronze, and other metals. They measure approximately half a meter on each side, and rise twenty to thirty meters up from the soil, with another two hundred meters hidden below ground.

The farther the pillars stand from the hill’s shell, the shorter they are, resulting in a visual effect that is indeed much like that of a forest covering a steep downward slope. Some of the pillars are tall and straight, others are grouped together in formations resembling waterfalls, while still others radiate to the sides like fireworks. This last-named formation is in some ways the most relevant, given that actual fireworks are constantly being set off at the base of the forest. The people lighting the fuses are mainly Chinese senior citizens who have come here as members of tour groups, and because of the hollowed-out shape of the hill, the explosions echo on and on and on.