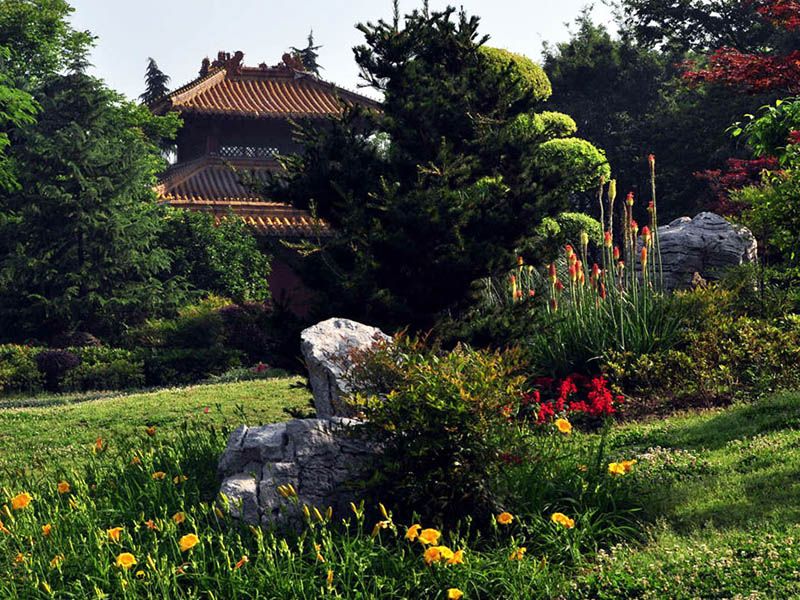 This park is located on the site of the former palace of Zhu Yuanzhang, first Emperor of the Ming Dynasty. Built from 1366-84 it was apparently a very impressive palace. There were the Imperial Ancestral Temple, the state altar and all facilities of the imperial palace. When Zhu Di moved the capital from Nanjing to Beijing, he built Beijing Imperial Palace in imitation of Ming Palace in Nanjing. Ming Palace was destroyed in the war at the end of the Qing Dynasty. Now what remain are only some carved stones, building foundation, column base, etc.

Now all that remains partially intact is the Wu Gate (which can be climbed) and the Five Dragon Bridges leading to it. Various stones from the old palace have been arranged in pretty patterns around the grounds. This is a very pleasant park to wander through, but it probably isn’t worth going out of your way to see it.